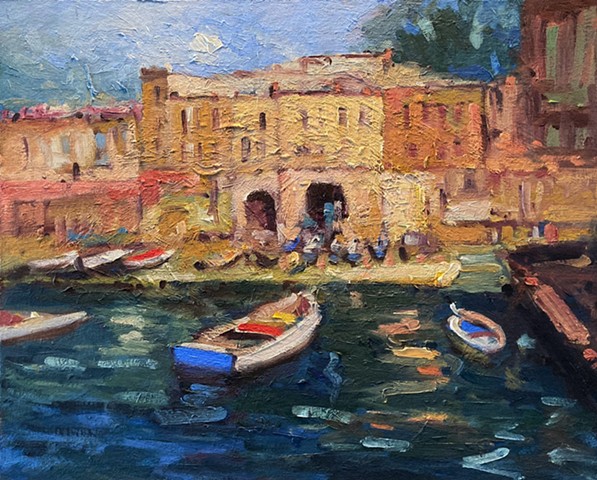 Marina Grande is basically the front door of Capri. The Marina Piccola, on the island's southern shore, preceded the Marina Grande; it was used by Augustus and Tiberius. An ancient fishing port, the Romans used the Marina Grande as a port during Augustian times, and built the Palazzo a Mare nearby. Tiberius fortified and reinforced Marina Grande. Capri was also the first point in Campania in which the Greeks landed and women on Capri are still said to still sometimes show distinctly Grecian features.